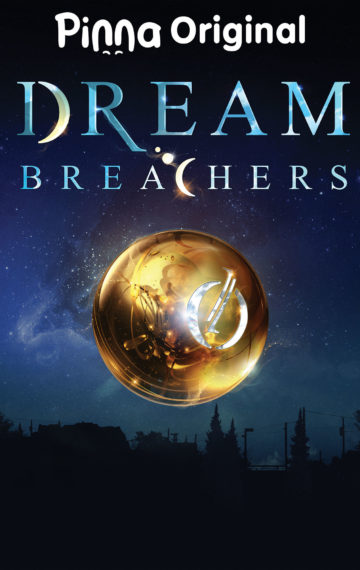 When a tween boy discovers that he has the ability to move freely between the world of dreams and reality, he quickly finds himself living a nightmare. Evan Rickert has always had vivid dreams but the one he has on the eve of his 12th birthday—in which his parents give him a dog named Luna—feels especially real. So when he wakes up and realizes it was just a dream, disappointment sets in. But not for long. Because, wait…what’s that barking? Luna’s in his room! So, it wasn’t a dream? With the help of his friends, a reappearing stranger and a mysterious organization called the Dream Academy, Evan must confront his greatest fears to discover what it means to be a Dream Breacher.
View Project Website

Behind the Scenes of Dream Breachers

Dream Breachers was recorded at Bill Dufris’s Mind’s Eye Productions studios in South Portland, Maine… albeit a little differently than how we used to do things.

Rather than record ensemble in our multi-cast room, we divided up the studio such that we could have 4 performers in isolated rooms running multi-track to ProTools.

We implemented a strict set of Covid guidelines, such as minimizing the number of people on-set, structuring sessions to involve the minimum number of performers necessary, and reducing our own crew size to the smallest possible (An Engineer/Director – Fred Greenhalgh – and Assistant Director/Production Manager – Casey Turner).

This was the first production where we integrated off-site performers with our in-studio team. We were able to record into ProTools while simultaneously integrating off-site performers by utilizing the Loopback feature native to the Scarlett 18i20. Off-site performers would record their own audio clean, but be able to hear our local performers’ lines in their ears just like they were performing in the same studio.

Sessions involved actors from all across the USA, UK, and Rotterdam, Netherlands!